Hello, I’m back from two SupaNova Comic Con and Conventions, one in Melbourne, and one on the Gold Coast in Australia. These are amazing, wonderful conventions run like clockwork by the friendliest, most professional folks around. I had a supa time promoting the new anthology, “Sherlock Holmes and Dr. Was Not” (an anagram of “Watson,” yasee?) edited by my friend Christopher Sequeira, and hanging with comic book writers, artists, prose writers, and sharing some cordial green room moments with the Two Tylers from Teen Wolf (for which I wrote a novel.) If ever you can make it to one or more of the six SupaNova cons, GO! And take me with you! 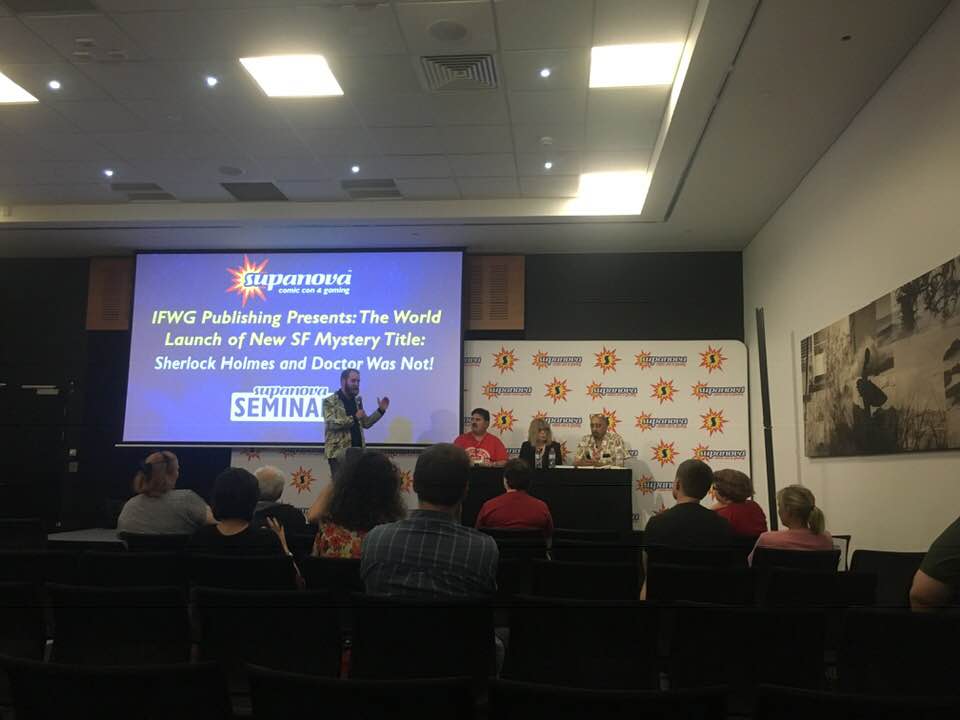 
Hello, I’ll be at the Melbourne and Gold Coast Supanova Popular Culture and Comic Book conventions! Melbourne is April 5-8 and Gold Coast is April 12-14. There will be lots of panels, cosplay, TV and movie stars and writers like me! I will be there promoting a new Sherlock Holmes anthology, Sherlock Holmes and Dr. Was Not, and giving away copies of my American comic, Mary Shelley Presents #1 and #2.