I’m flattered and delighted to report that SAVING GRACE: TOUGH LOVE has been nominated for a SCRIBE AWARD for Best Original General Novel.  Here’s info on the awards and the full list of amazing nominees.

The International Association of Media Tie-in Writers is proud to announce the 2011 Scribe Award nominees for excellence in licensed tie-in writing — novels based on TV shows, movies, and games – and this year’s Grandmaster, honoring career achievement in the field.

David is also one of the most successful and acclaimed comic book scripters in the business with popular runs on such titles as Supergirl, Star Trek, Wolverine and, in particular, his work on The Incredible Hulk franchise (in comics as well as books). His many awards include the prestigious Will Eisner Comic Industry Award. He lives in New York with his wife Kathleen and their three children.

MURDER SHE WROTE: The Queen’s Jewels by Donald Bain

PSYCH: The Call of the Mild by William Rabkin

STAR TREK: MIRROR UNIVERSE: THE SORROWS OF THE EMPIRE by David Mack

SUPERNATURAL: HEART OF THE DRAGON by Keith R. A. DeCandido

THE WOLFMAN by Jonathan Maberry

The Fifth Annual Scribe Awards will be given at a ceremony and panel discussion held during Comic Con International in San Diego in July 2011. Details will be announced soon. 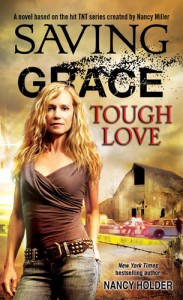 This entry was posted on Tuesday, April 5th, 2011 at 1:02 am. You can follow any responses to this entry through the RSS 2.0 feed. Both comments and pings are currently closed.