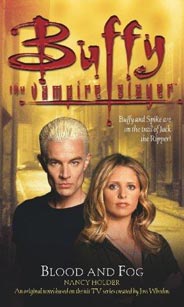 The strongest magick ever distilled, and the deadliest butcher England has ever known…

Buffy Summers is on the trail of a killer demon in Sunnydale, and reluctantly accepts the help of Spike. Anything’s better than his moping around. But Spike — as usual — has his own agenda, and it involves something the demon is carrying: a vial of pure magickal power. Spike knows plenty of people and demons who will pay top dollar for this vial: Doc, Rack…and an ancient evil known as The First.

Spike has encountered The First before. In the good old days in Victorian London, when Spike, Drusilla, Angelus, and Darla ran through the night in pursuit of dark fun, another evil being was stalking the streets, dispatching young women with brutal efficiency. But when the so-called “”Jack the Ripper”” struck too close to their twisted “”family,”” the vampires found themselves on the same side as the Slayer of that time. Working to bring down Jack, and running afoul of The First, Spike and the Slayer formed an uneasy alliance, which followed Spike all through the twentieth century to present day Sunnydale, now blanketed in a mysterious fog…. 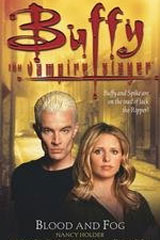