Pick of the Day for Dark Gritorium: Possessions

This is so cool, especially for those who speak Spanish. Dark Gritorium has chosen Possessions as their pick of the day. Come check it out! They’re featuring the old cover for Possessions, which looks like this 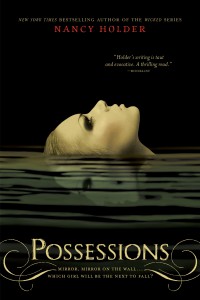 Thanks so much Dark Gritorium for making Possessions the Pick of the Day!!!

This entry was posted on Monday, January 23rd, 2012 at 6:17 pm. You can follow any responses to this entry through the RSS 2.0 feed. Both comments and pings are currently closed.