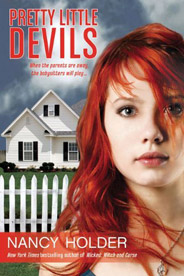 The four Pretty Little Devils are the most popular young women in their California high school, more so even than the cheerleaders. They are also a little bit naughty; they bend the school rules and get away with it. They have a rigid code for their group, including intervening when one of their own is slipping (e.g., Ellens hairstyle is unacceptable). Hazel has worshiped the PLDs from afar and is surprised and thrilled when they invite her to join them. Soon after her initiation, however, it becomes clear that something is radically wrong when the head cheerleader–the PLDs sworn enemy–turns up dead

Pretty Little Devils appeared in the 2007 edition of the New York Public Library’s Books for the Teen Age*, published in March 2007.

*In 2009, Books for the Teen Age became Stuff for the Teen Age, a multimedia, multi-format, targeted, and teen-tested list of the best of the year in teen books, music, graphic novels, movies, games, and more. 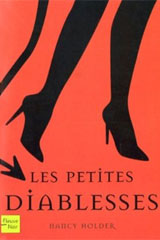