ON FIRE: A TEEN WOLF NOVEL 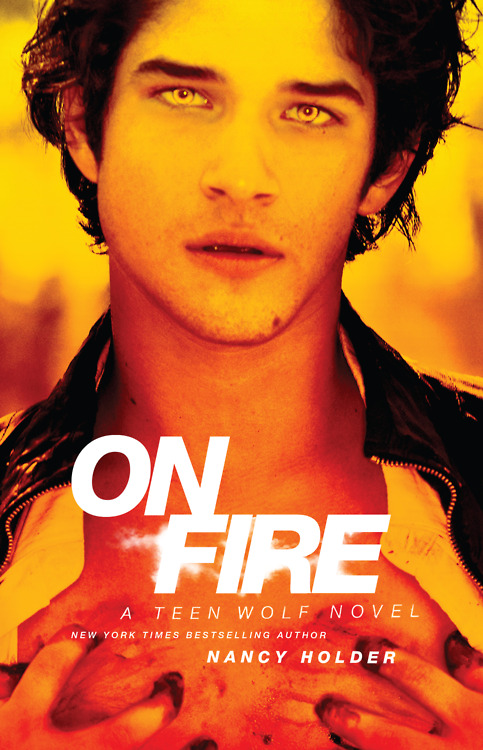 Lisa Loves Literature – 5 Stars
“…this was one of those stories that didn’t actually happen on the show, something that could have happened during the times we didn’t see. And I liked getting the back story. What the relationship between Derek and Allison’s aunt Kate was before. More information about Jackson. And I even like towards the end when Derek’s memories gave us a little glimpse into the lives of both Scott and Stiles when big events were occurring in their families. I have been more careful about what books I give 5 stars to lately. But since I feel this book captures the essence of the tv show so well, like the Buffy books I read by this author, I had to give this a 5 as well. And I really hope there will be more tie-in novelizations, especially done by her!”

SciFi Chick
“…fans are treated to a riveting backstory of Derek, the brooding werewolf who mentors Scott, but wants vengeance for his family more than anything. Jackson’s mystery is incredibly suspenseful, but unfortunately ended a bit too abruptly without much explanation. I would love to see this series continue in novels and see it either continue this storyline or jump forward to the present storyline. These are fantastic characters; and Holder does a great job of weaving a new mystery and remaining true to the characters.”

Pop Culture Guy
“Teen Wolf is one of my favorite television series and became an instant hit for MTV when it debuted in 2011. I was drawn to the supernatural elements of the series and enjoy the Gothic look of the show, the consistent writing, the excellent use of music and the talented young cast members. The first book based on the series, On Fire: A Teen Wolf Novel (MTV Books), by Nancy Holder, will be released on July 17…Nancy Holder perfectly captures the mood of “Teen Wolf” and has a solid understanding of the many characters, who are all given something substantial to do in On Fire.”

omfg!books
“All in all, I really enjoyed the book. I truly believe that this has a little bit of everything for all of the fans of the show. It was action packed, well written and something fans should be proud of. Nancy must be a fan of the show herself because everything was just really fantastically done. I really hope she writes more Teen Wolf novels. I know I will definitely read them.”

Jenea’s Reads
“I really enjoyed reading this one. I haven’t seen the episodes on T.V., but this certainly peaked my interest. It was full of excitement, and action. I loved all the characters too. I would say to give this a try. I always enjoy reading Nancy Holders books and she certainly didn’t disappoint.”

YA Books Central
“My favorite character has to be Stiles. On the show I think he’s adorable but this novel shows us there’s even more to love. For example, he has ADHD. My own son has ADHD and still deals with negative labels. Holder though breaks the stereotypes and shows us a character that doesn’t let ADHD hold him down. Stiles’ is smart, resourceful, and loyal. Totally love him!” Read the rest of the review from YA Books Central.”