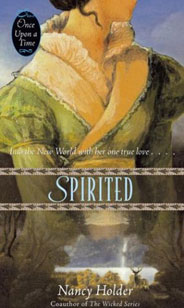 In May 1756 war is formally declared between the British and the French. During this highly dangerous time, Isabella Sevens is travelling with her father to the British stronghold Fort William Henry.

In the forest, Wusamequin, the young and handsome medicine man, looks to avenge the death of his wife and child at the hands of British soldiers. When Wusamequin spots Isabella and her father, he alerts his warriors to capture them. But Wusamequin is quite taken with how bravely Isabella battles. He orders the warriors to spare her and her tfather, and they are dragged back to their village. However, many members of the Mohican tribe still want them to be killed. In a desperate plea to Wusamequin, Isabella vows to stay as his hostage if he lets her father go.