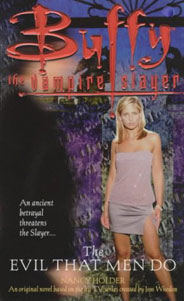 The Evil That Men Do

After a vicious shooting spree, the town of Sunnydale is shell-shocked. What could have sparked the random rampage? Buffy Summers can guess. Considering the prophetic dreams she’s been having, the Slayer suspects possession by an especially malevolent force. As the police follow their typical false leads, the Slayerettes start up their own research into possible paranormal causes. But when Oz’s van is discovered on the side of the road, minus one teen wolf, a distraught Willow turns on Buffy, disrupting the investigation.

With the pressure in Sunnydale mounting, the residents’ reactions to stress grow increasingly unpredictable. The Slayer continues her search for answers, narrowly surviving an attack by a well-trained and powerful vampire who brought a gruesome death to every Slayer who crossed her path. Is this the ancient creature behind the recent influx of evil? Or is there another influence…close to home? 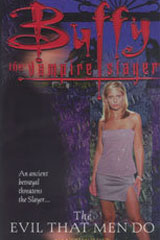