The Next Big Thing

The title is SAVAGE, and the idea came from Debbie Viguié and my interest in doing a retelling King Lear set in the present day…with werewolves! Our story is very loosely based on the  Shakespeare play, but if you don’t know that,  you won’t miss it! It’s just a bonus feature.

SAVAGE is a young adult dark fantasy. This is the third young adult dark fantasy series Debbie and I have worked on together. The first one, Wicked, was very successful, hitting the New York Times bestseller list and getting optioned by DreamWorks. We had just completed Crusade when we started on Wolf Springs Chronicles and we went on some really fun author tours for it, including going to Miami twice, Fort Meyers, St. Louis, Chicago,and lots of other places. We love touring together!

Actors: I’m so bad at casting my books because I want to use actors I love even if they wouldn’t fit the parts! My favorite actor is Alan Rickman. I think he could play Lee Fenner. I would like to see a young unknown for Katelyn and I think Tyler Posey would be perfect for Trick! Tyler Hoechlin could be Justin and Holland Roden could be Lucy!

One line: “The werewolf war Katelyn has tried to stop rages on as the Hounds of God ally with the Hellhound to bring down the destruction of the Fenners and the Gaudins.”

It will be traditionally published.

We’re still writing the manuscript! It’s been about four months.

Some people have compared our book (favorably!) to Twilight. To me, it’s like our other series in that we wrote it.

Debbie and I both have theatrical backgrounds. I was a ballet dancer and she and I have both acted and directed. So we loved the chance to tackle Lear, as so many have before us.

People are lining up for Team Trick or Team Justin. We want to make it very hard for them to choose!

I have tagged Alma Katsu to do her Next Big Thing next week! 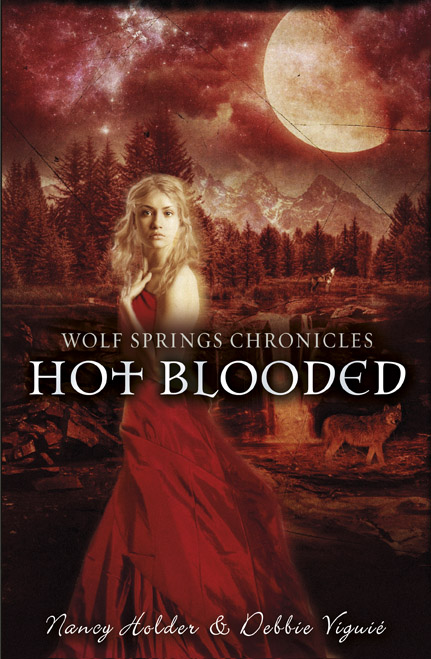 This entry was posted on Thursday, December 13th, 2012 at 2:55 am. You can follow any responses to this entry through the RSS 2.0 feed. Both comments and pings are currently closed.