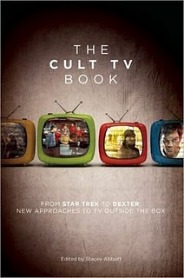 published in The Cult TV Book
Publication Date: May 2010

Cult TV is a very exciting area of contemporary television. “The Cult TV Book” is the companion reference to this TV phenomenon, whose shows push the boundaries and offer biting commentaries on society today. Cult TV is also changing. Where being cult used to mean being marginal with a small, loyal fan base, cult TV is now key to the television industry, fandom is global and online, cult status for a show is fostered by the networks, and cult series are noted for their spectacular special effects and sumptuous visual style. So, what is cult TV today?