The vampire is cunning.  Like the Fallen Angel himself, he will try to beguile you, to charm you.  He will try to convince you that he is nothing more than a human being blessed with special gifts and talents.  He will entice you with stories of endless life, and ridicule your belief in a judgment hereafter, where your soul hangs in the balance.  Do not believe him.  He is a demon, and a liar.

(translated from the Spanish)

Much has been written about the changing face (or is it fang?) of vampires.  We have icky monster vampires (John Polidori’s “The Vampire,” published in 1819 in New Monthly Vampire) and Dracula, written by Bram Stoker in 1897.  In the original novel, Dracula was bad, mad, and dangerous to know.  He certainly wasn’t searching for his soul mate.  We have lonely Carmilla, written in 1872 by Sheridan LeFanu, and Anne Rice’s moody trickster Lestat, who wanted someone to hang out with (Interview with a Vampire, 1976.) The soulful traveler, the Count St.-Germain, who first appeared in Hotel Transylvania , written by Chelsea Quinn Yarbro in 1978, was a courageous intellectual.  Forever Knight’s Nick Knight was a knight in shining armor—a cop.  Brooding Angel and devilish Spike both had souls on Buffy the Vampire Slayer, which aired in 1997.  Then sparkly, kind, and decent Edward of Twilight took over the vampire world in 2005.  Then Crusade came along in 2010…with icky monster vampires and a kind and decent vampire with a soul—the alpha and omega of vampires.

Through the years, many of these notable vampires have struggled with their identities—trying to decide if they themselves are evil or misunderstood, transcending their natures or thriving because of them.  What, then, do they tell the people they grow close to—the truth?  “I’m an evil, bloodsucking fiend” or “I was attacked by a vampire, which changed me, but I’m living off pig’s blood?”

They sneak around.  They don’t come usually clean about being vampires right away, usually because circumstances force them to.  So doesn’t that mean all vampires have one thing in common?

A lot has been written about lying.  We Americans revere our first president, George Washington, because he could not tell a lie.  Some people feel that under no conditions is a lie a good thing.  It is better to tell the truth and suffer the consequences than to prevaricate.  Others assert that there’s such a thing as a good lie.  St. Augustine created a hierarchy of lying, from worst type of lie (lying about religious teachings) to a lie that harmed no one and helped someone.  Telling a lie for the pleasure of lying was number four.  The “kind lie” is a lie you tell to spare someone else’s feelings, as when the doting mother asks if her homely little precious is the most beautiful baby you have ever seen.

What do you think about lying?  Is it ever a good thing?

If you leave a comment, your name will be put into a drawing for the month of February.  A name will be selected at random and you will receive either a copy of Possessions, Crusade, or Buffy the Vampire Slayer 2 or 3. 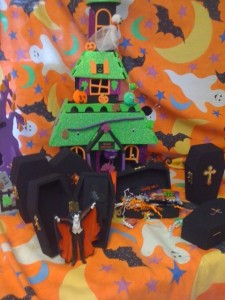 This entry was posted on Tuesday, February 1st, 2011 at 1:21 am. You can follow any responses to this entry through the RSS 2.0 feed. Both comments and pings are currently closed.